Two things Patriots fans have learned about Rob Gronkowski in his nearly two years in New England: One, the man can play football, two, he's a pretty comical guy. It showed on Friday.

In his first practice with the Patriots during preparations for the Super Bowl game on Sunday against the New York Giants, Gronk showed his humorous side. Nearly two weeks after he said to an ESPN Deportes reporter "I Am Party", he's embracing his incorrect Spanish with open arms. On Friday, Gronkowski wore a pretty humorous t-shirt to the team's walk-through reading "Yo Soy Fiesta" on it. Photo courtesy of SB Nation. 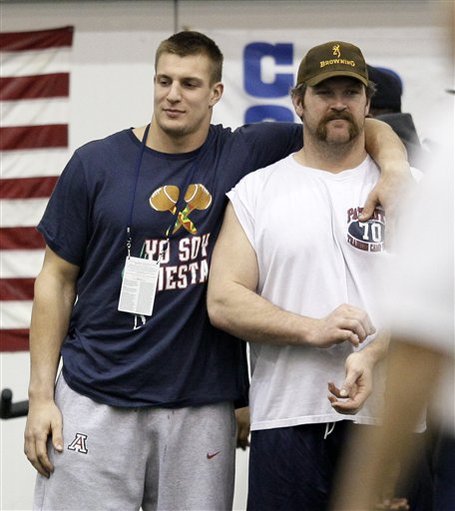