By defeating the Baltimore Ravens 23-20 last Sunday, Tom Brady and the New England Patriots claimed the 2011 AFC crown and will be on their way to Indianapolis, Indiana to face Eli Manning and the New York Giants in Super Bowl XLVI on Feb. 5.

You could ask almost anyone, and they'll tell you that with the Super Bowl comes one of the biggest media events all year. So let's get the madness started. On Tuesday, Sports Illustrated released the cover of next issue with thier Super Bowl preview. To no surprise to Patriot fans and America, Pats quarterback Tom Brady was featured on the cover. This will be SI cover number 18 that Brady will be featured on.

Check out next issue's cover featuring Brady after the jump 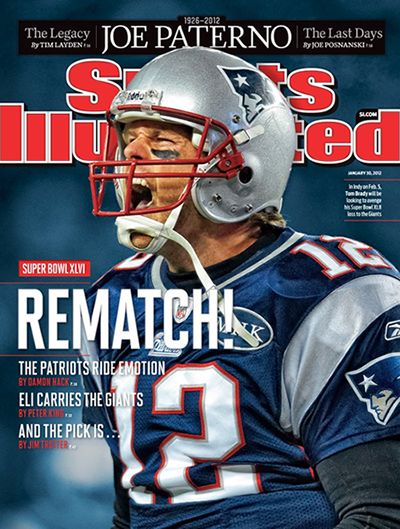