Myra Kraft touched the lives of so many in New England, especially within the Patriots' locker room. In honor of Myra, the New England Patriots have decided to dedicate the 2011 season to her, and will wear a commemorative patch on their jerseys all throughout the season. Here's a photo of the patch from the Patriots' website. 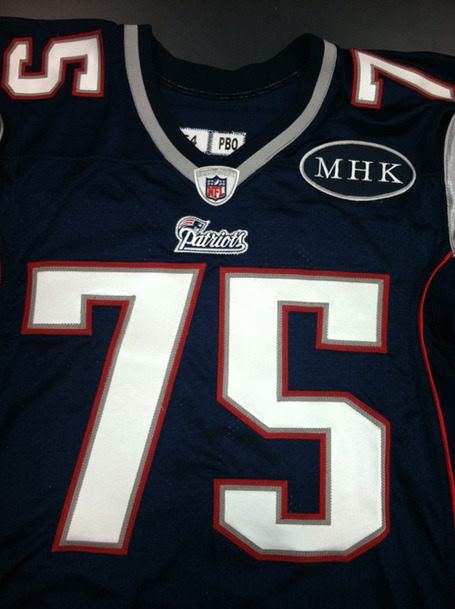 Vince Wilfork, whose jersey is seen below with the aforementioned Myra Kraft patch, released a statement on behalf of the team via Patriots.com.

"Myra touched the lives of so many people," said Patriots All-Pro defensive lineman Vince Wilfork. "My conversations with her were never about football. She always asked about my family and always made me feel as if I were a part of hers. By her example, she made us all want to give more and to make a positive impact in our communities. We are proud to dedicate the 2011 season to Myra Kraft."

New England Patriots Training Camp: Pats Wrap Up Camp, And So Do We