At 6'2" and 325 pounds, Vince Wilfork takes up a lot of Sports Illustrated cover space. The rest of this week's NFL playoff preview edition is taken up by the men failing to keep him out of the Miami backfield. 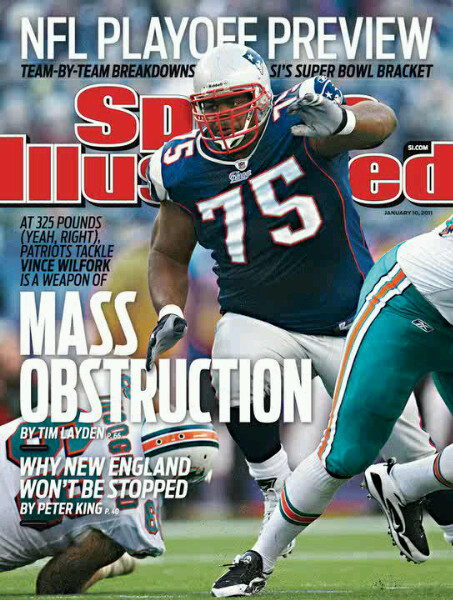 Apparently nobody let Big Vince himself in on his cover placement, though:

Wow I had no idea I was on cover of SI this is amazing. I am at a loss of words. That is HUGE!!!

Huge indeed. The Patriots' defense, improving though it may be, did not exactly set the gold standard for the league. But nobody can doubt Wilfork's contribution to the squad, both as a leader and as a Pro Bowl nose tackle.

Which is why all Patriots fans have to hope that the SI cover jinx isn't about to claim another victim.