The 2011 NFL Pro Bowl, the last bit of professional football you get before the Super Bowl, is set for a 7:00 p.m. EST kickoff of FOX. Here's everything you need to know for the NFL's All-Star event (remember, no blitzing!).

Teams: The best from the AFC against the best from the NFC. SB Nation has the full lineup of starters, which includes the Patriots' OG Logan Mankins, DT Vince Wilfork, CB Devin McCourty (R) and S Brandon Meriweather.

Location: Aloha Stadium, Honolulu, Hawaii (back in the 50th state after a one-year flirtation with the game at the same site as the Super Bowl; Sun Life Stadium in Miami in 2010).

New England Patriots: The Patriots have seven players on the AFC side: starters OG Logan Mankins, DT Vince Wilfork, CB Devin McCourty (R) and S Brandon Meriweather; reserves WR Wes Welker, OT Matt Light and LB Jerod Mayo. Tom Brady was originally selected as the starting quarterback for the AFC but the stress fracture in his foot and subsequent surgery forced him to miss the trip to Hawaii (San Diego's Philip Rivers will start in his place).

Coaching Staffs: With the Pro Bowl now being played before the Super Bowl -- a format introduced in 2010 -- a rule was implemented that the coaching staffs will come from the teams that lose in the Divisional Round with the best regular-season record. In this case, Mike Smith and the Atlanta Falcons staff will lead the NFC, with Bill Belichick and the Patriots coaching the AFC.

Weather Forecast: High of 80, but mostly cloudy with a 60 percent chance of showers in the afternoon.

Series history: The AFC and NFC are split, each side with 20 wins, following the AFC's 41-34 win a year ago. The NFC has won three of the past five meetings, while the AFC has taken nine of the last 14 games.

Rules: The Pro Bowl adds a handful of rules to add some level of safety to the game, including (but not limited to): 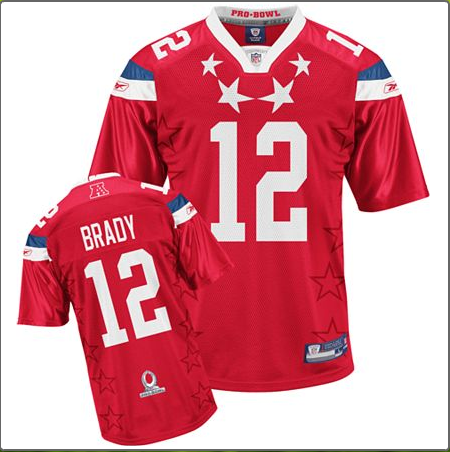