Friday is picture day at the 2011 NFL Pro Bowl, as evidenced by this picture: 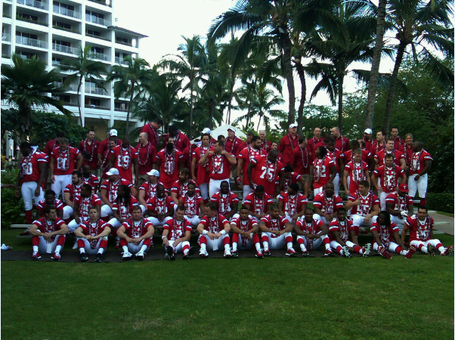 "He's ripping me because they won (the AFC divisional round game), but that's the only bragging rights he has," Meriweather said, when I asked what all the yapping was about. "We still beat him by 50 points."

"Whatever, I remind him every time I see him, of that," Meriweather said with a smile. "I told him, they might as well have lost to us, if they were going to do that (not get to Super Bowl)."