In "preparation" for Sunday's AFC Divisional Round game between the New York Jets and the New England Patriots in the NFL Playoffs, the two side have been going back and forth all week with trash talking that has ranged from subtle jabs to blatant hatred.

It began on Monday: Rex Ryan criticized Tom Brady for going to a Broadway show instead of staying at home to watch the Jets-Colts game, adding that "if [Patriots head coach] Bill Belichick slips at all, we're going to beat him." The Jets' Antonio Cromartie chimed in on Wednesday, when he called Brady an "a**hole" while accusing him of celebrating on the field too much after touchdowns (Brady responded by saying he's been called worse). Even Wes Welker got involved on Thursday, when during his press conference made "10 references to feet or toes" -- not-so-thinly veiled reference to Rex Ryan's supposed foot fetish.

So it was really only a matter of time before the newspapers joined the fun. 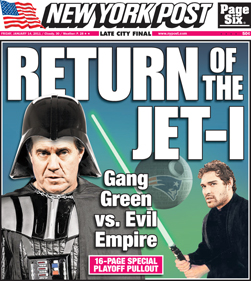 That's the back cover of Friday's NY Post, which includes a special pull-out insert: 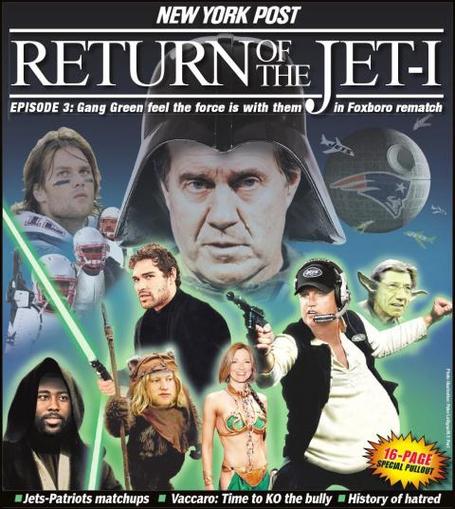 Not wanting to be left out, the cover of the Boston Metro offered their own special cover in advance of Sunday's Divisional Round game: 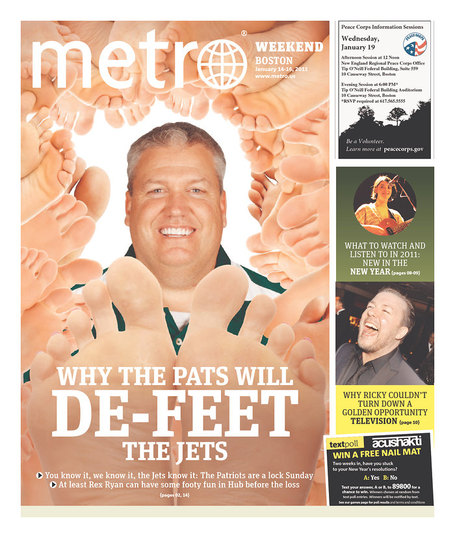