Share All sharing options for: Patriots To Wear 1985-Throwback Uniforms Against Vikings

For their game against the Vikings on Halloween, the Patriots will wear their own costumes of sorts: New England will be sporting their 1985-era throwback uniforms on Sunday, news originally made public back in the summer. 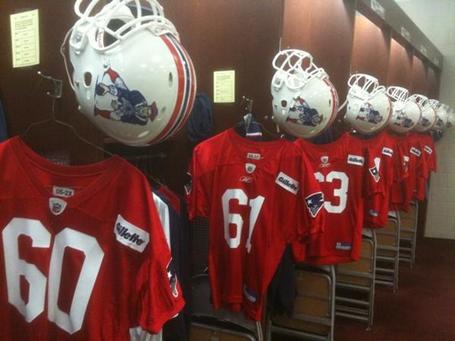 The uniforms are part of the team's celebration of the 25th anniversary of the 1985 AFC Championship team. Sunday will be the first of two games the Patriots will wear the throwbacks (Thanksgiving Day's game at Detroit is the other).

Best In The League: Patriots Outshine Viking Stars In 28-18 Win