Bird On The Lakers And Jeter On The Red Sox, Oh My

Share All sharing options for: Bird On The Lakers And Jeter On The Red Sox, Oh My

During Sunday night's game between the Vikings and Packers, NBC decided to use some seemingly recently discovered Photoshop skills for evil, and show famous athletes in their rivals' uniforms (inspired by Halloween, and an attempt to put Brett Favre playing in Minnesota in perspective).

There was John Elway in a Raiders uniform, Michael Jordan as a Knick and even Larry Bird as a Laker. 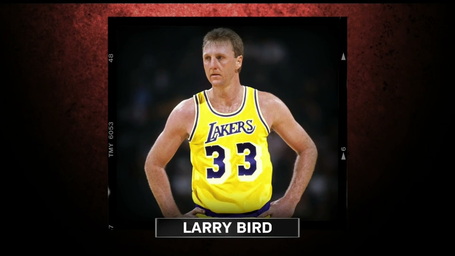 But the truly horrifying image is after the jump. Warning: nightmares of a .340 OBP and terrible range at shortstop may follow. 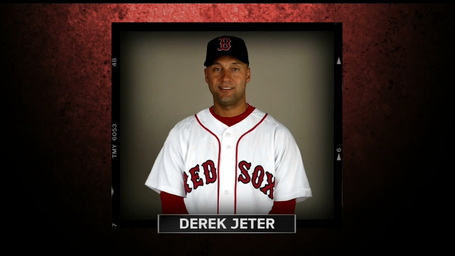 (Images courtesy of the amazing 30fps)