On Tuesday, the Red Sox announced the planned improvements to Fenway Park for the 2011 season, including three new HD video screens in the outfield.

The largest of the three boards, which will replace the current main board, will measure 38-feet high by 100-feet wide. WEEI's Alex Speier offers a photo of what Fenway Park will look like next season (via ANC Sports): 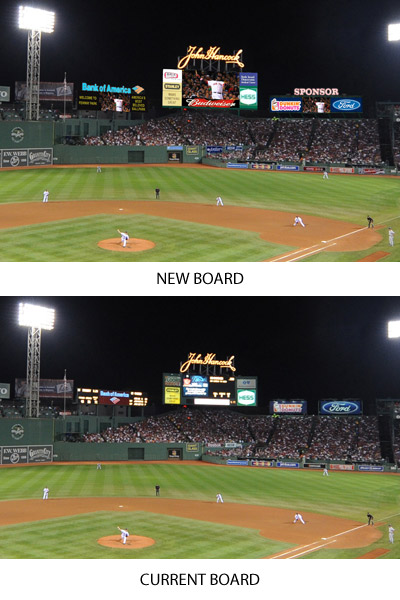 Red Sox Announce Improvements And Upgrades For Fenway Park In 2011