Yeah, I know that LeBron James and the Miami Heat are the NBA Champions. I also know that the Lakers landed Dwight Howard in the biggest trade of the offseason (oh, and Steve Nash, too). Yes, I know all of that, but I don't care. Those facts are nice and all, but it was in fact Jason Terry who has won the NBA offseason. Why? This tattoo. 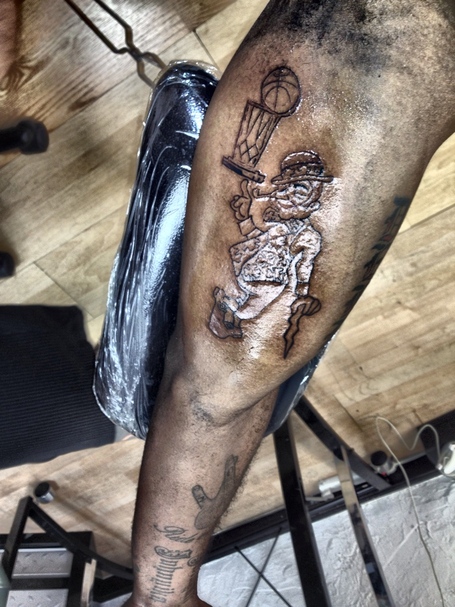 Yes, you're seeing that correctly. Terry, who signed as a free agent with the Celtics this offseason, has tattooed Lucky the Leprechaun onto his arm. From the looks of it, it must have been painful. 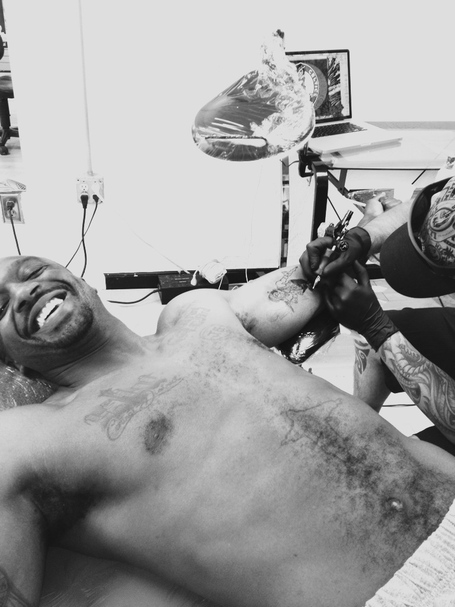 Remember, this is the same guy who had the Larry O'Brien Trophy tattooed on his arm ... before the Dallas Mavericks (his former team) won the NBA title. And guess what? They went onto win the title.

Jason... you are my new hero. I don't have anything else to say. Welcome to Boston.