We're less than 24 hours into the NBA's first lockout since 1998-99, but it's felt like an eternity. Here's a look at the front page on NBA.com immediately after David Stern and the league locked out the players at 12:01 a.m. EDT on Friday. 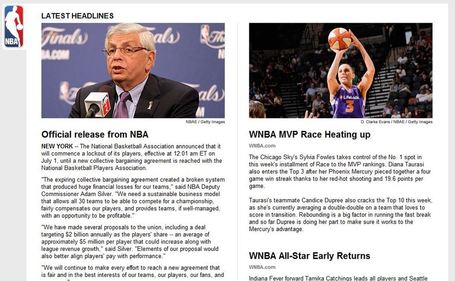 Not very imaginative, is it? Just two simple columns with no players in site - just David Stern and the WNBA. It reminds me a of a website circa 1999. Depressing, isn't it?