The Boston Pops is performing their Holiday Pops concert throughout most of December, but Monday night, they had a special guest joining them -- the Celtics' Shaquille O'Neal, who served as the conductor.

Boston Celtics Center Shaquille O'Neal will trade in his Boston Celtic's uniform for white tie and tails for a special appearance conducting the Boston Pops Orchestra in the Christmas classic, Sleigh Ride, Monday December 20, as part of a Holiday Pops concert, 8-10 p.m., at world-famous Symphony Hall.

Shaq, who you may recognize from his previous musical stylings, including "Shaq Fu: Da Return" and "You Can't Stop the Reign," conducted three songs -- Sleigh Ride, Can You Feel It and We Are The Champions.

Pictures of The Big Con-Shaq-tor after the jump. 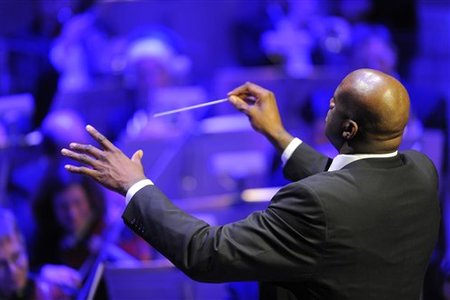 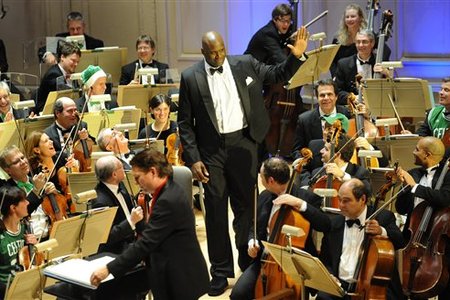 (Both photos via AP's Gretchen Ertl)

Hopefully this is a new holiday tradition.