Meet 'Shaqeeta,' And Other Happy Halloween Messages From The Celtics

Share All sharing options for: Meet 'Shaqeeta,' And Other Happy Halloween Messages From The Celtics

Wearing costumes, hanging out together and generally acting like 12-year old kids: basically, the Boston Celtics and Halloween were made for each other. We've already seen Paul Pierce's half of The Princess and The Frog, but that was just the beginning. Apparently, the whole Celtics team is celebrating Halloween tonight. 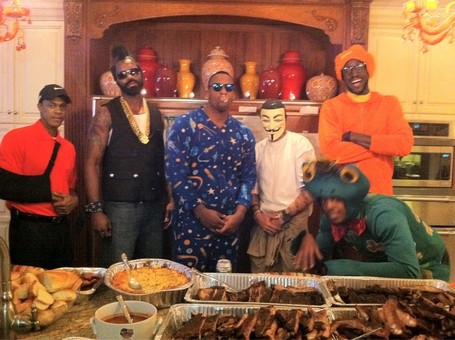 But the highlight of the evening may come courtesy of Shaquille O'Neal (who else?), and his character, "Shaqeeta." 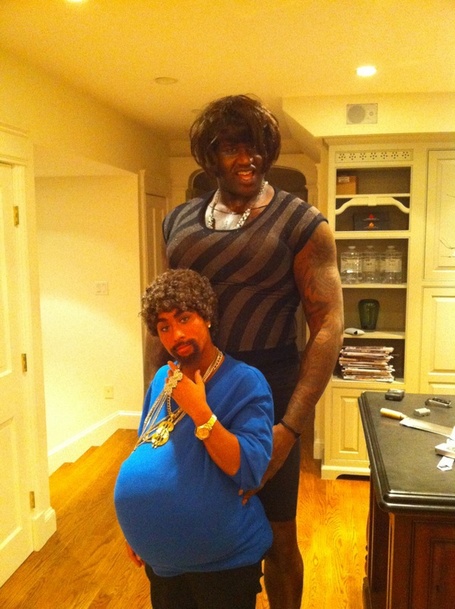 Is there a video of "Shaqeeta" singing Beyonce? Of course there is.

(Photos and video via the Twitter accounts of Paul Pierce and Jermaine O'Neal and Shaquille O'Neal.)