After three hours and 16+ haircuts, Shawn Thornton and the Boston Bruins successfully managed to raise $58,123.15 in this year's "Cuts For A Cause" event that took place at Royale in Boston this afternoon.

Bruins captain Zdeno Chara spoke before the event saying that it was always so humbling to look out and see how many of the people that support the time, also come out for a community event like this and support a cause like helping children fighting cancer.

"Every year there's more and more people and it keeps growing," Chara said. "Even on the team you see the commitment and no one has a fear of getting head shaved for a good cause. Because in a week or two your hair grows back but it helps a lot for some children that really need that support."

Some of the most highly anticipated hair cuts were that of newly acquired defenseman Torey Krug who had his head shaved by The Bear, Adam McQuaid who bore the mullet into the postseason last year, and was considered an icon during the run, and of course Brad "Nose Faced Killer" Marchand who serenaded the crowd with some of his singing at the event.

Here are some pictures taken at the event, and the entire album can be found on our facebook page. 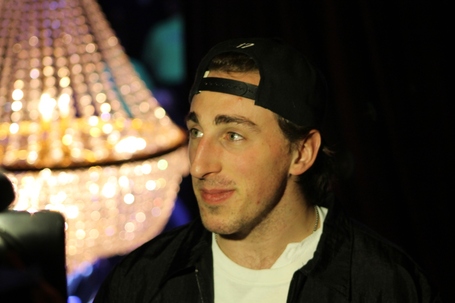 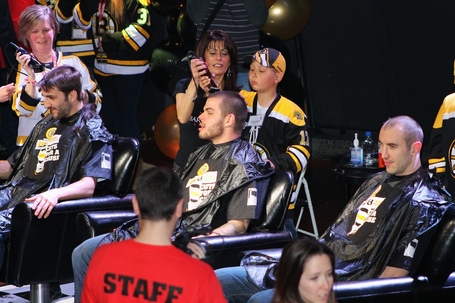 Boston Bruins Team Up For Fifth Annual 'Cuts For A Cause'