Share All sharing options for: Basketball Hall Of Fame To Enshrine Twelve Players In Class Of 2012

SPRINGFIELD - Thursday afternoon began the ceremonies for twelve basketball legends who will be enshrined in the 2012 class in the Naismith Memorial Basketball Hall of Fame. 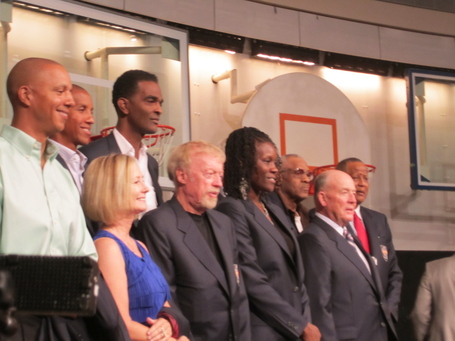 The twelve inductees or their representatives received their Basketball Hall of Fame jackets at Center Court of the Naismith Memorial Basketball Hall of Fame before the media and close members of their families on Thursday afternoon. Barksdale, who passed away, was represented by his son, the All-American Red Heads were represented by a former owner's daughter, Lidia Alexeeva was unable to attend, and Mel Daniels, who is battling an illness, was unable to make it to the ceremony.

"I never aspired to this - I never knew there was such a position [for a non-player, non-coach or non-referee]. I'm still very, very surprised, and I can't tell you how emotional I am about it. It's a tremendous thrill, and an all-time honor [to be inducted]," Nike co-creator Phil Knight said.

To the sound of applause after being introduced, Hank Nichols said, "as unaccustomed to applause as I am - I have so many different emotions, it's hard for me to articulate them. But, for a referee to be in this great place of honor along with people like this is just too stunning for me to explain."

And what are the Hall of Fame inductees most looking forward to? "Getting through my speech tomorrow night," Reggie Miller said. 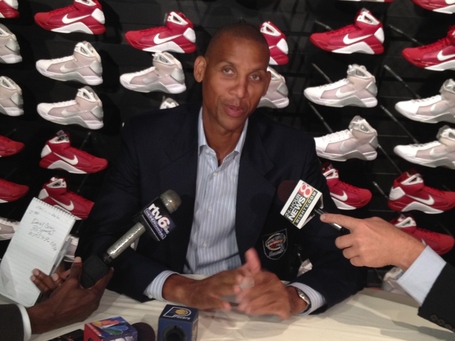 Erika Leigh will be attending both the red carpet, as well as the Enshrinement Ceremony on Friday night. Be sure to follow her @_ErikaLeigh and the @SBNationBoston Twitter accounts for the latest updates from the ceremony.