In case you haven't heard, Josh Beckett, Adrian Gonzalez and Nick Punto — along with still-injured Carl Crawford — are Dodgers now. They're on a plane to Los Angeles as we speak, and they look extra pumped-up about this stunning development. 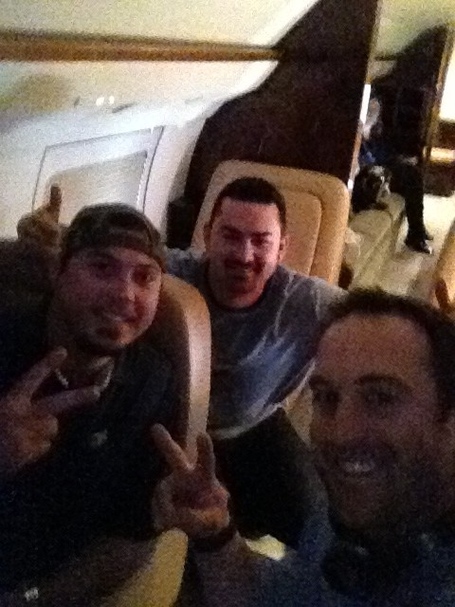 This is the biggest Josh Beckett has smiled in two years, I'm pretty sure, and Adrian Gonzalez is likely pumped because not only does he get to go right in the middle of a pennant race, but he's a California native. He might want to reconsider his excitement just a bit, though.

Adrian Gonzalez is a career .212 hitter in 45 games at Dodger Stadium, the lowest of any park he has played in.

So, good luck with that, Gonzo.

For more reaction from Saturday's mega-trade, visit Sox blog Over The Monster.