More on this story after the jump...

From a fans perspective, the ending of the relationship between the Boston Celtics and former shooting guard Ray Allen didn't end on positive terms. And though, some grudges could have been held by the newest member of the Miami Heat, as expected the classy Allen took the high road Sunday, when he took out a full-page ad in the Boston Globe to thank Celtic fans for their hospitality.

Photo of Ray Allen's full-page add can be viewed after the jump... 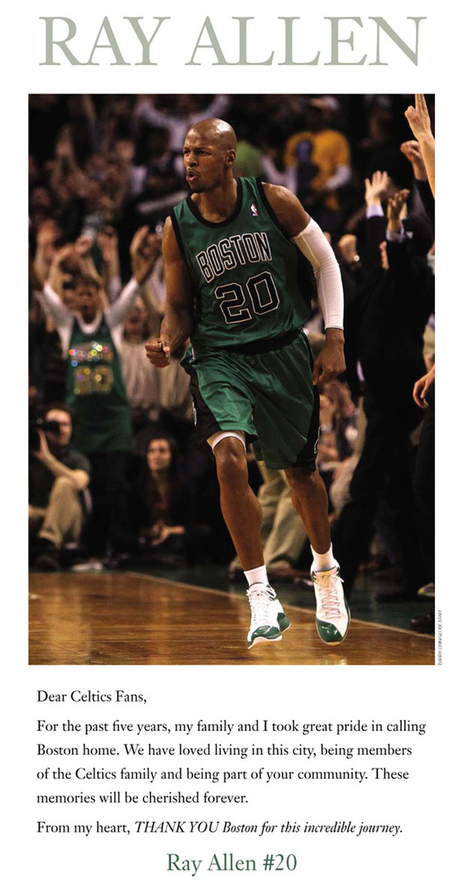 On July 6, Allen decided to not re-sign with Boston and instead go play for the current NBA Champions the Miami Heat. Allen's decision to leave Boston for Miami, which offered him less money, led to many Celtics fans cutting all ties with one of the big pieces of the Big 3.

However, this gesture by Allen proves he has no hard feelings for the fans and maybe a possible return in the future could happen.

For the latest news on the Celtics offseason, check out this SB Nation Boston StoryStream. Meanwhile, the SB Nation Blog CelticsBlog is the place to go for all your Celtics discussion.