The New England Patriots revealed slightly new uniforms, along with all other teams.

Nike and the New England Patriots revealed their new uniforms for the 2012-13 NFL season Monday, and overall, unlike some fans predictions, the uniforms undergo a drastic change. The Patriots uniform, actually, is basically the same as last season, which might be what Patriots fans were hoping for.

Here's a look via Darren Rovell on WhoSay: 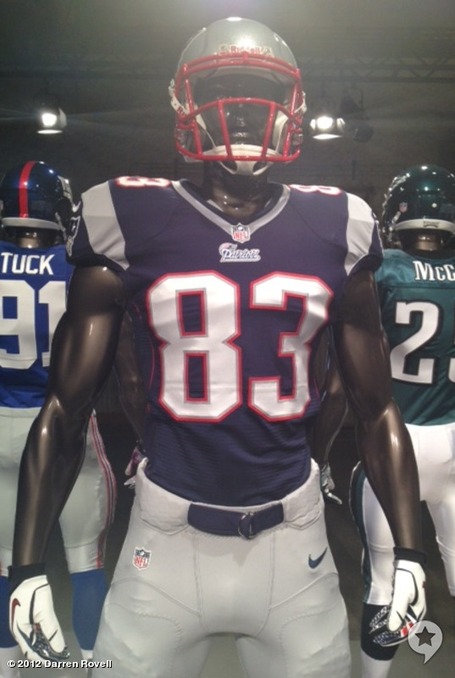 Nike's new jersey will go on presale at NFLShop.com on April 15, and will be available to buy April 26-27. Here's a look at the Patriots new wide-receiver gloves via @CSNBrent: 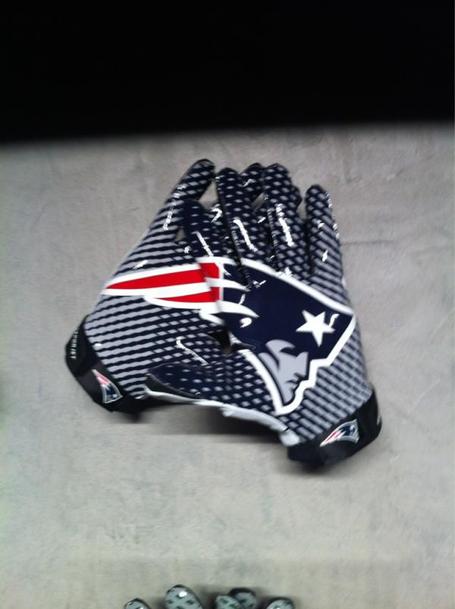 If you were unaware, the NFL ended their 10-year relationship with Reebok as the on-field provider last season after inking a deal with Nike in 2010 -- the deal was reported to be worth $35 million per year.. And for the past year, fans have been anticipating what the new uniforms of their franchises may look like.

In the end, at least for Patriots fans, the hype was much to do about nothing.

To discuss the Patriots new uniforms, check out the SB Nation blog Pats' Pulpit. Meanwhile, for a full rundown of the Nike reveling, check out this SB Nation StoryStream.