Reggie Jackson and Marshon Brooks are two of 54 athletes participating in the 2011 NBA Draft Combine, which begins on May 18 and continues until May 22 at the ATTACK Athletics facility in Chicago, IL.

Jackson, a junior guard from Boston College, made his decision to leave school early official on Sunday, May 8, which was the last day for players to withdraw their name from the 2011 NBA Draft class.

Brooks, a senior guard/forward from Providence, was second in the nation in scoring last season, averaging 24.6 points per game, and also averaged seven rebounds per contest for the Friars. Brooks finished his four-year career at Providence with 1,629 points and 486 rebounds.

Here's a look at all of the participants in the 2011 NBA Draft Combine. 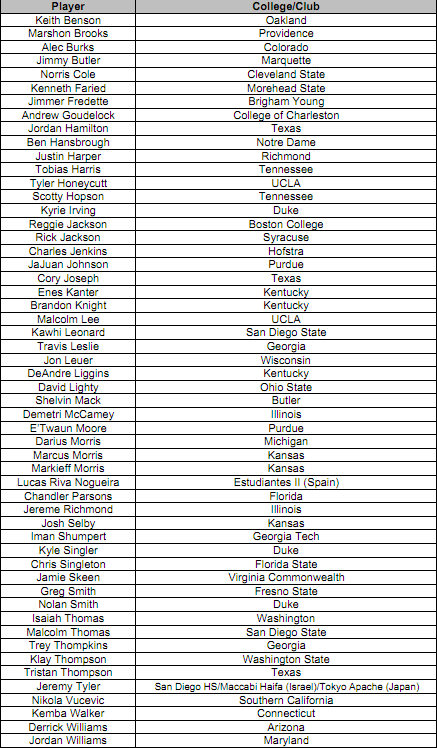