ESPN's Dick Vitale has filled out his bracket, and in it he has the No. 3 seed Connecticut Huskies advancing to the Elite Eight but ultimately losing to top seed Duke. Vitale has top seeds Ohio State and Pittsburgh meeting in the national championship game, with the Buckeyes winning their second NCAA Tournament title and first since 1960.

Here's a look at Vitale's bracket (via SB Nation), truncated to start with the Elite Eight match-ups, as well as the rest of the ESPN college basketball crew (a.k.a. Jay Bilas, Digger Phelps and Hubert Davis). 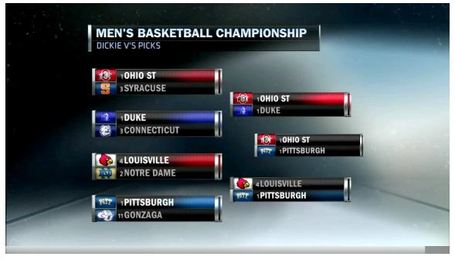 Jay Bilas had UConn upsetting top-seed Duke in the first round and advancing all the way to the national title game against No. 1 seed Kansas, but ultimately picked the Jayhawks to win it all. Following the predicted upset of Duke, Bilas picked UConn over fellow No. 3 seed Syracuse to advance to the championship game. 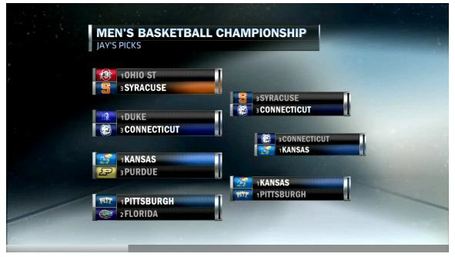 Digger Phelps, on the other hand, seeds Connecticut advancing to face the Blue Devils in the Elite Eight, but has Duke advancing to the Final Four. Phelps picked Ohio State to top Kansas in the NCAA championship game. 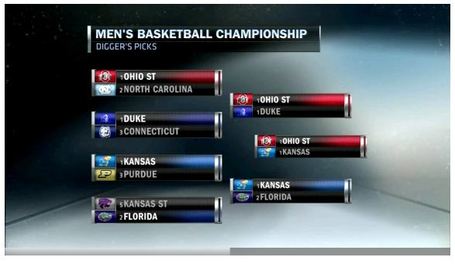 Last but not least, Hubert Davis does not have the Huskies in the mix in the Elite Eight, but does have two Big East teams, Pittsburgh and Notre Dame, heading to the regional finals. Davis has Ohio State and Kansas in the championship game, with the Jayhawks prevailing. 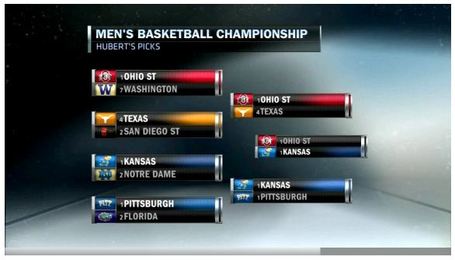