The bad news is that Patriots punter Zoltan Mesko is apparently no longer wearing his bright orange cleats. The good is he'll be sporting something equally flashy, the Nike Mercurial Vapor VI iD Boot, a soccer cleat (via Ian Rapoport's Twitter):

A more detailed look after the jump. 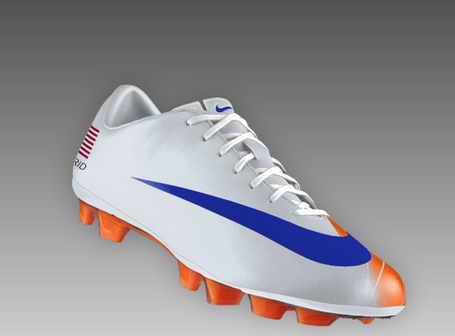