As was expected, Tom Brady joined the Patriots for practice Thursday afternoon at Gillette Stadium, hours after being involved in a car accident early in the morning in Boston.

He showed no signs of an injuries, though somewhat strangely, he was the only player to keep his helmet on during the team stretching portion of practice.

Brady was participating in pre-workout sprints, and was also throwing short passes down field to his receivers, with no visual restrictions, and a towel under his left arm that he's used to help with his mechanics. it should also be noted that during the afternoon practice, Brady was extremely vocal with his teammates, and seemingly pumped up for Sunday's Week 1 game with the Cincinnati Bengals.

And via the Herald's Ian Rapoport, here's visual proof: 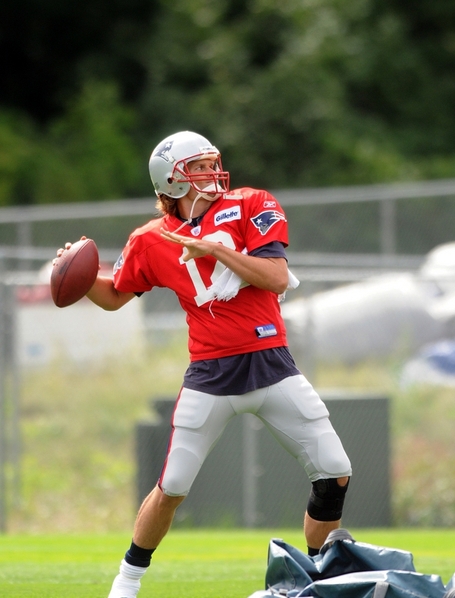