Share All sharing options for: The Tom Brady Audi Commercial Writes Itself

When Tom Brady was rammed by a red-light running minivan, Patriots fans held their collective breath as details slowly leaked out. Eventually, we learned that Tom Brady had emerged unscathed from the accident. And, suddenly, an advertising campaign was born.

Imagine, if you will, the following scene:

Images of a clash on a line of scrimmage flash on the screen, with offensive lineman clad in Patriots colors valiantly keeping the rushers from Brady. 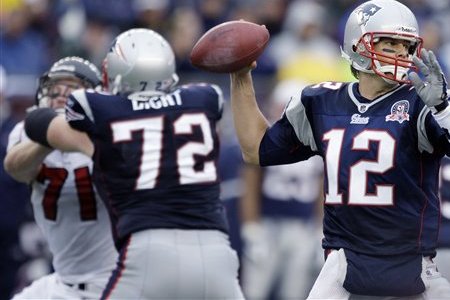 An Audi is seen in a crash test simulation, being rammed by a van. Cut to images of Brady's wrecked vehicle.

"He depends on Audi."

Tom Brady emerges unscathed from the damaged vehicle before throwing a football off-camera.