SB Nation Boston's Randy Booth took in his first trip to Cape Cod for a weekend full of its famous baseball league. As it turns out, baseball is still pure in that neck of the woods.

The thermometer is pushing the mid-90s and it has no effect; people are still rolling into the Brewster Whitecaps' field in Brewster, Mass., on this Friday afternoon. As the onlookers find their spots to take in the action, the whistle of fastballs and the slap of the warm leather echoes through the Stony Brook School parking lot.

A middle-aged couple sits down on the hot bleachers. As the man applies sunscreen all over his face like your typical tourist, he pops a question to no one in particular: "So, uh, anyone we should be watching? Any future stars?"

"There are some good players," a random man answers.

"So no Strasburg guys, huh?"

"Well, the Red Sox's draft pick is here. Anthony Ran ... RAN-NAY-DOE? Something like that. Not sure how to say it. He's supposed to be good."

This is the Cape Cod Baseball League. This is baseball at its purest. 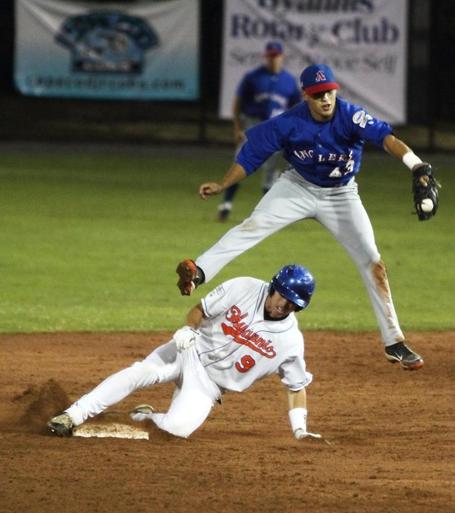 It didn't take me very long to realize what Cape Cod baseball was all about. To be precise, it was probably an inning or so into game one of the eventual six I would take in on this June weekend.

The Cape Cod Baseball League was founded in 1885. That's 125 years of summer league baseball. It isn't just a summer league. It's the premier summer league in America. Some of the top college talent from all over the country travel to Massachusetts to play on one of ten elite teams in this elite league. The league's motto is not hyperbole, it's the straight truth:

"Where the Stars of Tomorrow Shine Tonight"

But the best part is this: they're not stars. At least not yet. All of these players are still college students. All will be sophomores, juniors or seniors by the time they return to their respective campuses. Their heads -- as much as they can be for being college students -- are still firmly in place. That's a nice little bonus of watching them play.

This attitude permeates to everyone else involved in the Cape league -- spectators, announcers, foul-ball-return children. Or maybe it's the other way around.

It really is that simple. 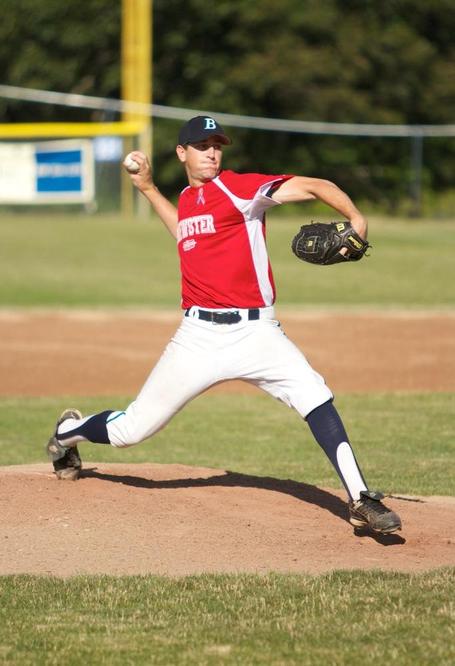 That's not to say I never saw one inning of bad baseball that weekend. I saw my fair share of it. A few games I saw seven or eight errors rack up on the scoreboard. It wasn't pretty, but that's baseball; it's never perfect. For every overthrow to first base I saw a great diving stop in the hole to prevent a run. For every pop-up with the bases loaded I saw a home run with the bases empty.

This fact may top everything else so great about the Cape: every time I walked to the field, I was required to pay zero dollars. But I did not jump any fences or climb any trees to do this. There are no tickets to Cape League games. It's all free.

Donations, though, are gladly welcomed and accepted. And you, being the Good Samaritan that you are, will gladly put a few dollars in the bucket, right? How is it possible to refuse a $5 donation when you are allowed to see some of the best baseball in the country on a daily basis? It almost doesn't seem fair for the league not to charge admission. The Cape Cod Baseball League is one of the few things left in this world that truly is free.

No $45 tickets. No $9 beers. No long lines for the bathroom. Just baseball.

Just very good baseball -- even if you aren't completely sure of the players' names.

Photos and video by Ryan McKernan.