NBA Finals Preview: Why The Lakers-Celtics Series Will Be Decided On The Fast Break

Forget all the other subplots in this Lakers-Celtics final, because this series will be about one thing: Can the Lakers stop Rajon Rondo and the Celtics in transition?

Share All sharing options for: NBA Finals Preview: Why The Lakers-Celtics Series Will Be Decided On The Fast Break

Note: this originally ran on SBNation.com.

Like many NBA fans who reside outside of Boston and Los Angeles, I'm not terribly enthused with this Lakers-Celtics final. It's not that this matchup is boring -- far from it. There are plenty of storylines and interesting nuggets to go around. It's just that ... well, we've seen this movie before, in 2008 ... and 1987 ... and 1985 ... and 1984 ... and 1969 ... and so on. And while the players and styles are different, it's still the Lakers and the Celtics, which can be tiring.

But whatever, it's better than Spurs-Nets, Spurs-Pistons, Spurs-Knicks or Spurs-Cavs. (Just kidding, Spurs fans. But not really). It also promises to be a really good series between two teams that have surprised many this season. 2009/10 was supposed to be the year of LeBron James and the Cavaliers. Then, it was supposed to be the year of the Magic. Now, it's neither. What we're left with is a series with a lot of interesting basketball subplots, assuming you can avoid the extracurricular Celtics-Lakers fatigue.

Of those basketball subplots, I think there's only one that'll really decide the series. Sure, there are several other things to watch, but they're secondary in my mind. To me, this series is about one thing, and one thing only: Can the Lakers corral the Celtics in transition? 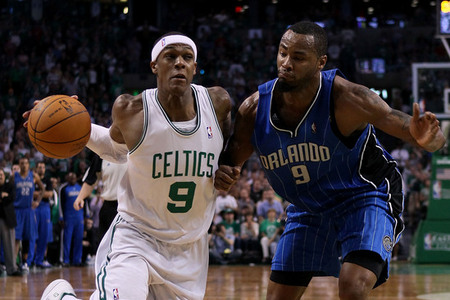 If the answer is "yes," the Lakers should win this series pretty easily. Both teams have really stout half-court defenses, but even though the Lakers' half-court offense hasn't always been amazing this season, it's still much better than Boston's half-court offense. There's a reason the Celtics blew so many big leads this year. It's because they have a lot of trouble scoring consistently in half-court sets.

But if the answer is "no" ... suddenly the edge goes to Boston. In the playoffs, the Celtics' defense has gone from very good to elite, and their transition opportunities have increased dramatically. Their spotty half-court offense doesn't matter as much because they don't need it as much. Throw in Rajon Rondo, the league's best point guard (outside of maybe Deron Williams) at pushing the ball up the court, and you have a recipe for success. Even if Rondo doesn't create a fast break, he's so good at finding a mismatch to exploit before the other team's defense gets set. That's how the Celtics have been winning in the playoffs, and if they're to win this series, that's how they'll have to do it.

(As an aside, this is once again why I think advanced stats lie sometimes. The Celtics are not technically a fast-paced team, but they always try to push the ball off missed shots, so that, to me, makes them a fast-break team, so to speak.)

So how have the Lakers stopped teams in transition in the playoffs this year? The results have been mixed. They had their problems against both Oklahoma City and Phoenix, and those issues could come back to bite them. They didn't against Oklahoma City because the Thunder were completely shut down by LA's half-court defense, and they didn't against Phoenix because the Lakers were scoring so much on the Suns' defense.

Boston, on the other hand, is a different animal. They're by far the best defensive team the Lakers have played thus far, and they'll find a way to force the Lakers out of their comfort zone on offense. When that inevitably happens, it's on the Lakers to find a way to hustle back. Otherwise, as Kobe Bryant puts it, their defense "sucks."

That clip is worth watching, because it tells the story of the weak spot of LA's otherwise great defense. They have great length, so they do an amazing job of closing off the paint. Kobe and Ron Artest are tough perimeter defenders, and even Derek Fisher has bothered Steve Nash and Deron Williams at times in the playoffs. They rotate extremely well to shooters and are rarely caught out of posiiton. And yet, they still have games, like Game 4 against Phoenix, where they get lit up on D. Sure, it's Phoenix, but Phoenix is like Boston in one respect -- they run off your missed shots. Maybe Boston doesn't strike as quickly in transition as Phoenix, but like the Suns, they don't just jog the ball up the court -- they push it. The Lakers don't always deal well with that kind of pressure.

Then again, they also just beat three teams in the playoffs with point guards that also emphasize pushing the ball in transition, so maybe they can get it done. At the same time, as good as Russell Westbrook, Deron Williams and Steve Nash are, they aren't playing as well as Rajon Rondo has played in these playoffs. Throw in the experience of the Big 3, and I think the current Celtics are just as formidable right now as they were in 2008.

That isn't to say the Lakers have no chance in this series. They have home court advantage, and they're much better equipped to stop Pierce, the 2008 FInasl MVP, this time around. But to me, this series is all about Rajon Rondo. Assuming he remains as aggressive pushing the ball as he did in the first three rounds of the playoffs, the Lakers are really going to struggle with their transition defense. Since both teams will struggle to score in the halfcourt, transition play should decide the series. Advantage: Boston.

The pick: Celtics in 6 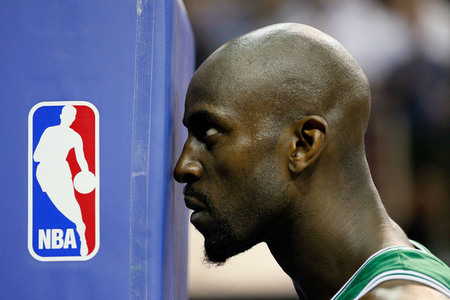